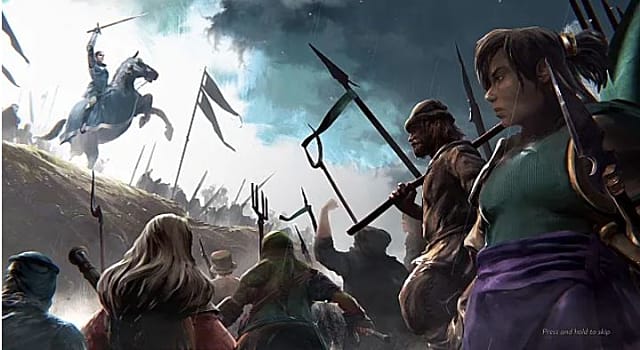 Songs of Conquest is a provocative strategy game with a blend of mechanics that are sure to keep players ensnared for "just one more turn."
by Justin Michael

Taking place in a high fantasy world with mysterious faey creatures, hordes of undead, and powerful magic users known as Wielders – of which you are one – Songs of Conquest brings a lot to the table for fans of strategic turn-based games in its Early Access release. With an obvious (and heavy) influence from the Heroes of Might and Magic games, Songs of Conquest offers up the nostalgic feeling of those early- to mid-90s games but with a polished and unique blend of gaming mechanics.

While the main loop falls within turn-based play, Songs of Conquest also provides a blend of exploration, settlement building, RPG-like character progression, tactics-based combat, and much more. It does all of this in a manner that has fluidity and doesn't feel cumbersome or cobbled together.

One of the alluring things about games like Songs of Conquest is the setting; the world itself, the lore, and the distinct factions vying for control. Songs of Conquest captures these things perfectly with lore uncovered during play, dialog between characters, and a world that is beautiful to take in.

Speaking on design, developers Lavapotion have nailed it with their striking and gorgeous pixel style merged with a 2.5D approach. The world map feels alive with various buildings, ancient sites of power, resource points, and gorgeous terrain features.

The character design is also a thing of beauty for the four distinct playable factions, as well as the scores of other enemies and creatures that inhabit this universe. Layered on top of that is an equally enjoyable soundtrack that really helps round out the feel of things. 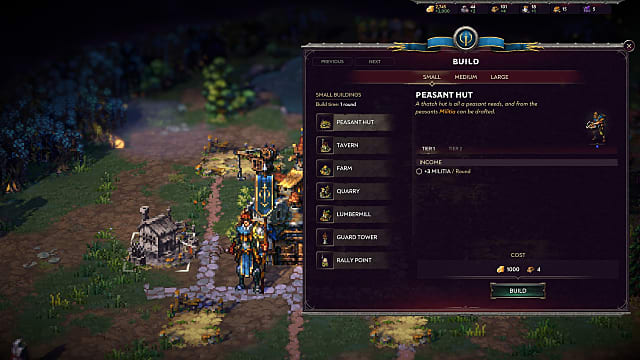 Songs of Conquest has a blended mechanics system but let you dig a bit deeper into what I think sets it apart from other games in the genre and really makes it shine.

Settlement building is one of the first things I found myself chomping at the bit for. The settlement and construction system is where the tactics of Songs of Conquest start; that’s what determines a lot about your troop composition. Each settlement has a size ranging from small to medium to large, which factors into how many buildable tiles you’ll have to work with. You’ll find yourself picking and choosing from several buildings, all with their own importance and some with synergies.

Looking to build a castle (a medium-sized structure)? You'll need a peasants' hut (a small structure) as a requirement. This, coupled with the limited building tiles per settlement makes choices matter and scratches that economy/empire management itch at the same time.

Combat in Songs of Conquest is another area that has obviously had a lot of thought and intention placed in it. The battle map makes use of a hex-based system with the addition of elevated portions on the battle grid. For more than show, these give troops high-ground advantages and even allow ranged units to fire further with more devastating ability. 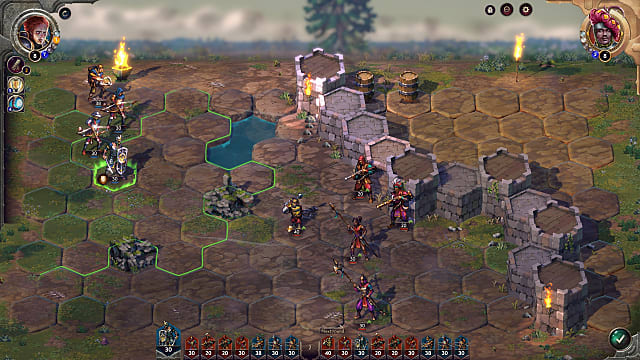 Combat is also high stakes. It is quick, bloody, and brutal, especially when you clash with another Wielder. I personally don’t use the auto-resolve button on the combat screen and instead choose to manually handle every encounter. That's after a few early skirmishes where I took heavy losses and then virtually none having redone it manually. While some might find this tedious, I personally don’t mind.

The last and biggest thing that Songs of Conquest really hits out of the park for is the magic system. There are many different spells available to you as a Wielder from several different “schools”' of essence, but that essence is tied to the troops in your command. There are additional means of essence production, such as through equipable artifacts, but the main income lies in the composition of your army.

With each faction having its own diverse roster of troops, you can expect to come up against different tactics and magics throughout. 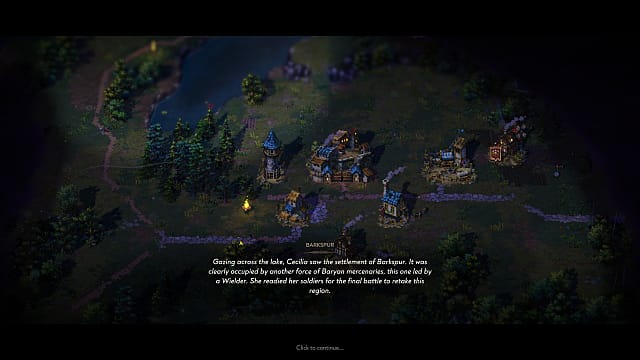 At the time of writing, Songs of Conquest is in Early Access with two narrative-driven campaigns available for two of the four factions. The first campaign sees you play as the Arelon, a human faction with a heavy focus on medieval-type units like knights and swordsmen. This is the first campaign and plays as a bit of a tutorial. It's also an introduction to the lore of the world and those that inhabit it.

The second campaign sees you play as the Rana, an anthropomorphic race of amphibian and reptile creatures rising up against their oppressive slavers. The storytelling is reminiscent of the 90s style that it lovingly imitates but has depth and a sense of satisfaction as you move through the mission maps.

Additionally, Songs of conquest also has multiplayer options for both local and online play, allowing you to have some friendly competition with friends and the community as a whole. There are also the scenario and map editor tools that give you the freedom to create your own challenges with nearly all the same tools as the developers.

With a roadmap that slates Song of Conquest to be in Early Access for the next year, there’s plenty of time for Lavapotion to smooth out what little bumps there are in the gameplay loop presently. At nearly 10 hours of playtime at the writing of this EA review, I’ve only had two issues: a slight audio glitch during a victory cutscene transition and the audio cutting out midway that a simple save and load fixed. The amount of polish at this stage should serve as an example for future Early Access titles. 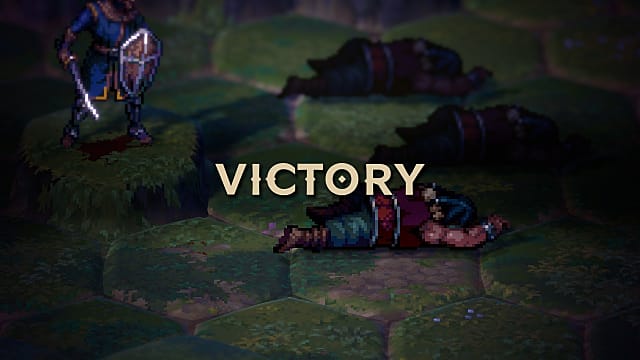 Songs of Conquest delivers unique and enjoyable gameplay with stunning visuals, audio, and a world with lore worth exploring. It's an Early Access title not to be missed, especially for any fan of turn-based strategy.

[Note: Lavapotion provided the copy of Songs of Conquest used for this EA review.]

From Atari 2600 to TTRPG and beyond I game, therefore I am. Can generally be found DMing D&D on the weekend, homebrewing beer, or tripping over stuff in my house while playing VR. Hopeful for something *Ready Player One* meets *S.A.O Nerve Gear* before I kick the bucket.