Saints Row has done everything from realistic crime dramas to The Matrix in space. Here's how developer Volition is trying to cater to fans from across the series' history.
by Justin Koreis

The upcoming Saints Row reboot has been a bit of an enigma since it was announced in 2019. The series has historically been everything from gritty crime drama to absurd sci-fi comedy and everything in-between; even with all of the developer diaries and trailers released so far, pinning down the reboot's tone and focus has been difficult.

So when I had the opportunity to sit down with Volition UI Artist Danielle Benthien, I was as curious as anyone about the direction the team decided to go. Is the franchise reboot going to be a story-driven character piece, similar to the first Saints Row? Will it be a genre-bending thrill ride? Or is it something else entirely? The answer to those questions, it turns out, is yes. And more. 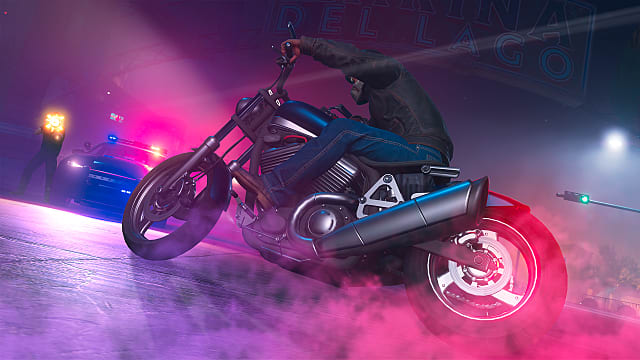 “So you have people who love that crime, that realness, that grittiness, the sort of elements of (Saints Row) 2, and then you have that really bombastic, larger than life stuff in (Saints Row) 3 with the comedy, with the action,” Danielle tells me. “And we (Volition) love both of those things about the games. And those are the things that really resonate with the fans”

Danielle describes Saints Row as a meld of grounded realness and over-the-top bombast. You watch a criminal empire rise and spread through the dust and dirt of the American southwest, all while partaking in the action movie adventures of the glamorous Saints living their rich-and-famous lifestyles. “Not just the art side, but (the) combat side, writing side, every sort of artistic element, and put them into the middle of the Southwest," Danielle says.

Saints Row is set in the fictional city of Santo Ileso, which amounts to a mashup of the landscapes and cityscapes you’d see in Texas, Nevada, and Arizona. Santo Ileso stands in contrast to the heavily industrialized cities of Steelport and Stillwater from the previous games in the series.

As Danielle puts it, “Steelport and Stillwater are absolutely iconic, but if you look back at what the color palette was, it’s nothing like Central L.A. You’ve got this beautiful city full of light, vivacious murals, and neon lights that light up in the night."

During our hands-on demo, we noticed a variety of groups within Santo Ileso, each with their own distinct style and swagger. Who are they?

“You have the Idols, who have very neon, rave, anarchy kind of things going for them, like social media influencer sort of stuff. Then you have the Panteros, with the muscle cars — (a) more Saints Row 2 style — where they have brute force and care a lot about your car, your ride, your group. And then you have the Marshalls, (they're more) technological, not necessarily a gang by name, but a private military group. “

The differences are more than superficial. The Marshalls, Danielle explains, use tech that you need to figure out how to counter, while the Panteros are pure aggressive muscle, enemies who get in your face and pack a punch with big weapons. “And then you come in there with whatever flavor you want to make the Saints and crush them under your heel.”

Danielle’s expertise is UI — she's the architect behind one of the most important tools at your disposal in Saints Row: your cell phone. In Saints Row, your mobile device acts as a roaming hub of sorts, where maps, missions, communications, and skills converge. How do you translate all that functionality into something that also feels usable?

“I think the main thing that matters is when we have our cell phones, we set them up in a way that makes the most sense to us. The apps we use the most are always in the front, then things you might not need as much are sort of pushed to the wayside," Danielle says. Maps are an example. These are used constantly in Saints Row, so they are front and center. As you play the game, more apps are added, and more features are offered.

Cell phones are also some of our most personal pieces of technology. I asked Danielle how she handled that aspect. “The user experience elements of it, those always come first. Then from there, wanting to make it feel not generic; The Boss has a huge personality, but to make something that anybody can look at and say, 'this is my boss as well’ (is important)." 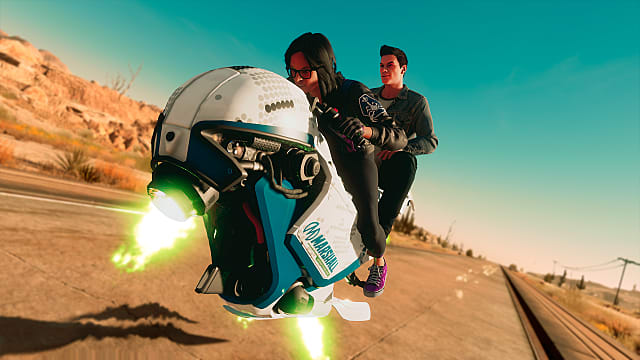 So what about the Saints themselves? They are somewhat unique with their iconic branding, featuring a logo and color that is immediately identifiable. As Danielle puts it, ”When you know it’s Saints ‘something,’ you can feel it. Its spirit is inherently ‘Saints’. And I think playing the game, and seeing it all come together over all the years that we’ve developed it ... maybe on the surface, to some, it might not look like it, but really at its core, it really is Saints Row.”

The sheer variety of experiences offered by the Saints Row franchise over the years is unique and has appealed to many different tastes. Trying to reach fans across each generation of the series is an ambitious goal, but if Volition can pull it off, then the return of the Saints will truly be something to behold. Saints Row releases on August 23, 2022, for Playstation, Xbox, PC, and Google Stadia.

Justin is a married father of two, has too many pets, and is a life-long gamer. When he's not in the virtual world he specializes in live event production, designing events for corporate clients such as Microsoft and Nintendo.