Live A Live takes too long to settle into its RPG groove, making it a missed opportunity on too many fronts.
by David Restrepo

Originally released in Japan in 1994, Live A Live garnered a cult following due to its non-linear structure — one in which each selectable character is given its own story. The Nintendo Switch HD-2D remake marks the game's first official Western release, which is great news for the JRPG genre. Considering the genre's shaky history with localization, any reintroduction to previously inaccessible titles is always appreciated. It simply means more options for non-native-speaking JRPG fans.

Unfortunately, Live A Live's haphazard pacing and underdeveloped mechanics make a release that offers too little too late.

Live A Live's central issue resides within the very structure that makes it stand out from others in the genre. You can begin the game as any of the seven playable characters, each featuring their own gimmicks. The prehistoric chapter introduces item synthesis, for example, while the near future one features a protagonist who can read people’s minds.

On paper, the system is a canvas ripe for an expansive JRPG experience of unparalleled scope. In practice, however, it leaves much to be desired; chapters are too short and too self-contained. None of the stories overlap, leaving every character standing on their own. While some decent vignettes exist throughout, Live A Live’s chapters struggle to truly resonate. Ranging anywhere from 30 minutes to two hours, there isn’t enough to chew on.

The present-day chapter is one of the most egregious examples. After a brief monologue, you’re presented with a fighter-select screen. From there, you marathon six one-on-one fights with no dialogue outside of intro quips. After defeating everyone in your way, you take on the final boss, which features the chapter's only other cutscene.

The distant future finds itself on the opposite end of that spectrum. The strife between its stranded crew members leads to genuinely interesting character moments with palpable tension. Unfortunately, the entire section is devoid of combat sans the chapter boss. There is an optional video game console with the chapter's only battles. While they play just like those in the main game, this turn-based distraction doesn't feature any progression, rendering it inconsequential to the grander picture.

This lack of meaningful progression runs through the majority of a typical playthrough. Gameplay systems, plot threads, and characters are introduced and tossed at the drop of a hat. Any mechanical complexity is made moot by the brevity of each character's individual story. 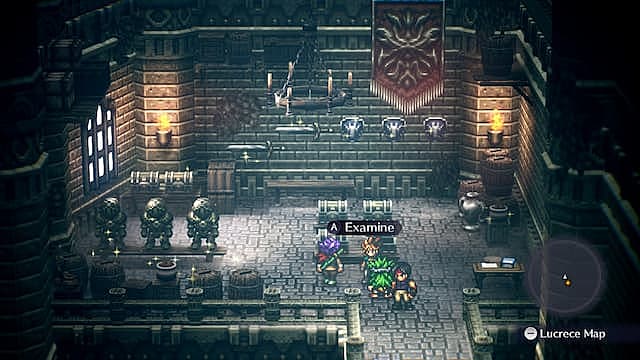 Of course, there's a reason for all this. In a baffling design decision, the first 80-85% of Live a Live is merely an introduction to the final chapter. An eighth chapter unlocks after completing the levels associated with the first seven characters, and it's just as short as those for the initial cast. After a series of events that we won't spoil, the proper final chapter begins.

Miraculously, this last act just barely salvages Live A Live. Without delving into specific narrative elements, you select any of the original seven characters as a party leader and recruit the others in preparation for the final battle. You're also given complete freedom in regard to party composition, which plays a role in this chapter's fairly extensive optional content.

This section is filled with optional dungeons that don't offer entry without specific active party members, and its dungeons house some of the most powerful gear for their respective characters. They range from straightforward 10-minute romps to expansive and convoluted mazes, many of which include secret bosses.

It's here, expanding on its RPG elements, that Live a Live becomes genuinely engaging and begins to shine.

But it's all optional content. If you don't care about the secret bosses or completing all of the dungeons, the epilogue boils down to spending 10 minutes recruiting three party members, grabbing a sword from a mountain peak, and heading to the final boss.

You'll likely spend some time grinding out of necessity; characters have too few progression opportunities in their respective stories. But even then, there isn't much more room for growth. With every character acquiring their final skills at Level 16 — which doesn't take long — Live A Live still feels underdeveloped.

Live A Live or Live A Die

Even if the rest of the game offered the freedom and breadth of optional content present throughout the final act, combat doesn't offer much on the whole. Live A Live's battles take place on a grid, with turn order decided by a meter that fills gradually.

Every action, from activating a skill to orienting a character's position, causes everyone's meter to fill up simultaneously. The system sometimes requires keen spatial awareness with factors to consider, such as enemy speed, range, weaknesses, and resistances, but it never truly deepens.

At its most difficult — namely during certain optional dungeons — it is satisfying enough to keep you invested. At its worst, it feels like you're on autopilot. The vast majority of Live A Live rarely tests your understanding of its mechanics. Even as late as the ultimate dungeon, spamming the same few AoE or devastating single-target attacks becomes the go-to strategy. With the absence of resource management and no magic points to consider, healing skills can be used without repercussions, and most skills just don't matter. 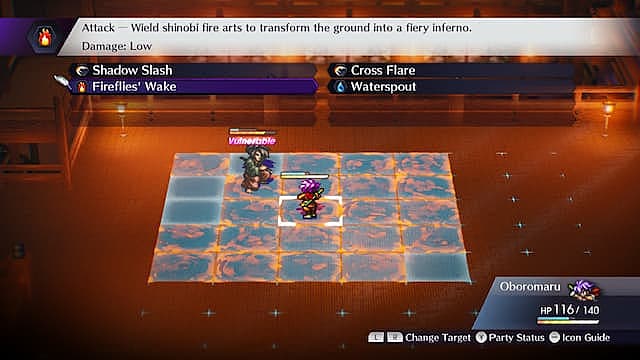 Even at its best, Live A Live feels like a poorly mixed shot of adrenaline. The vast majority of its runtime is dominated by unremarkable, self-contained narratives and gameplay systems that are discarded as soon as they're introduced. By the time it expands upon its interesting elements, you're already within reach of the end credits. A poorly balanced battle system doesn't help its case either.

[Note: Nintendo provided the copy of Live A Live used for this review]

Our Rating
5
Live A Live takes too long to settle into its RPG groove, making it a missed opportunity on too many fronts.
Reviewed On: Nintendo Switch
What Our Ratings Mean