Digimon Survive: How to Earn and Unlock Guilmon

Wondering how to earn and unlock Guilmon in Digimon Survive? Everything you need to know is in this guide.
by Joshua Robin

With the release of a new Digimon game, everyone is wondering how to play as their favorite Digimon. One of the more popular characters is Guilmon. They do appear and are playable in Digimon Survive, but how do you get them?

Unlike some other 'mon in the game, Guilmon requires a few special steps to unlock. This Digimon Survive guide will tell you how to earn then unlock them.

How to Earn Guilmon

Guilmon is a reward for early adopters of Digimon Survive. At the time of writing just after release, the only known way of earning them is by buying Digimon Survive within one month of release. To tell if you are purchasing the Month 1 Edition of the game, you can look at its title on the store.

After purchasing the Month 1 Edition, a message will appear telling you that you've earned Guilmon after starting the game.

How to Unlock Guilmon In-Game

Before Guilmon is available in-game, you must proceed through the story a small amount. Like the above screenshot says, they can be redeemed after completing the equipment tutorial. This tutorial is in the prologue of Digimon Survive. It can be completed after Koromon evolves into Agumon. Passing the first fight that starts with Agumon already evolved will unlock the equipment tutorial.

Immediately after that tutorial, open the start menu to see two notifications. One is in the upper right corner that says "Bonus is available." The second is in the bottom right, displaying the button prompt to redeem your bonuses. 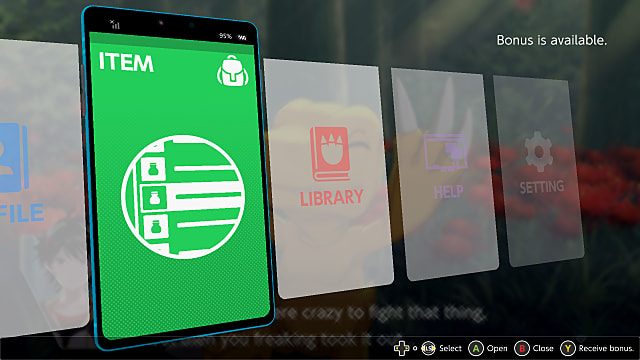 Successfully press that prompt on your respective platofrm and the screen will confirm that you have received Guilmon. 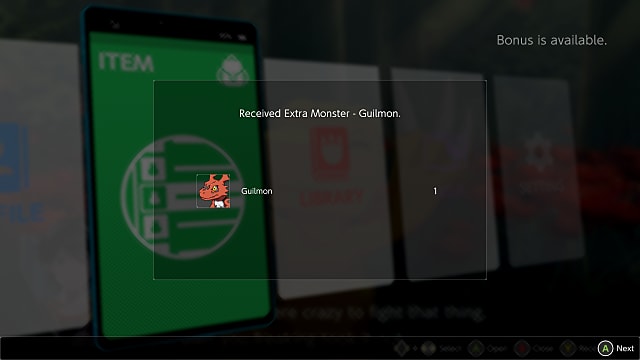 Go to the Stats page from the start menu to confirm Guilmon is in your party and check their stats. 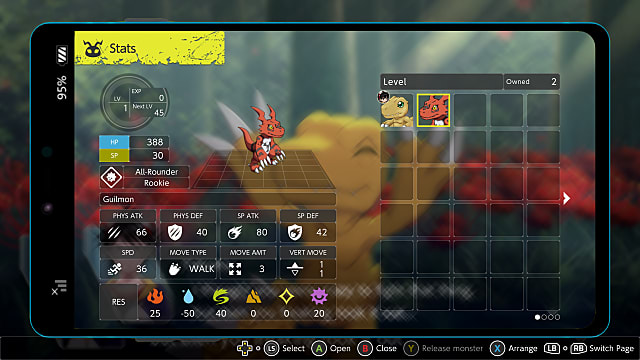 From there, you'll be able to use Guilmon in battles throughout the story. For more guides on Digimon Survive, keep an eye on the game's tips page.