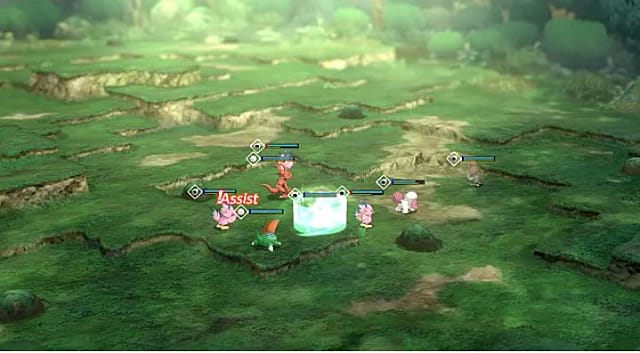 Save time and the health of your Digimon with these tips and tricks for the battle sections of Digimon Survive.
by Joshua Robin

The developers of Digimon Survive describe the gameplay split as 70% visual novel and 30% tactics RPG. You won't be spending as much time on the battlefield as other TRPGs, but that doesn't mean combat takes a backseat. It's still important and knowing how to get the most out of your Digimon is key to progressing.

This Digimon Survive guide won't go over things listed in the tutorial like Elemental Resistances, Digimon Types, or Side and Back Attacks. It will instead focus on the less obvious things to get you through battle.

While the tutorial briefly goes over how to equip items, it doesn't mention Training items. These are important because they can provide permanent stat boosts to your units. Feeding a Giant Mushroom to your Digimon will give them additional health, for example, so it's always worth checking the Training tab from a Digimon's Stats screen to see if you have anything that can shore up a character weakness. 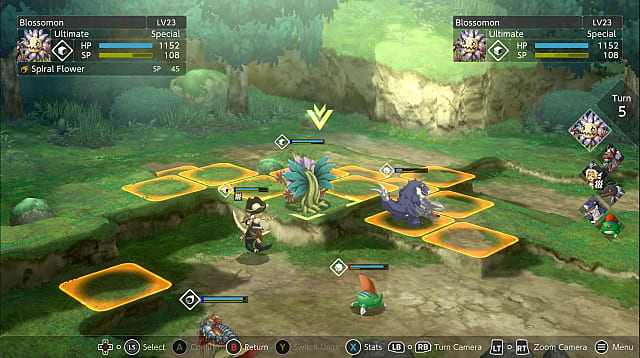 Battlefield terrain can be used to your advantage in all sorts of ways. Survive explicitly mentions that moving one unit of elevation above an opponent will increase the chance your attacks will crit, but it doesn't mention that two elevations up will remove the ability to attack certain tiles.

Creatures in the nearest squares will not be available to strike. Knowing this, you can "hide" from attacks by moving to a cliff face. Enemies will either be unable to attack you or have to move in a specific direction to do so, which could create new attack opportunities for your other units.

Battlefields also feature many free-standing obstacles like rocks and treasure chests. These act as pseudo-cover from certain attack types. On the other hand, attacking through these objects dramatically reduces the likelihood an attack will hit. Use these objects to protect your side or back; you'll still be able to attack, but the barrier can save your Digimon from critical damage. 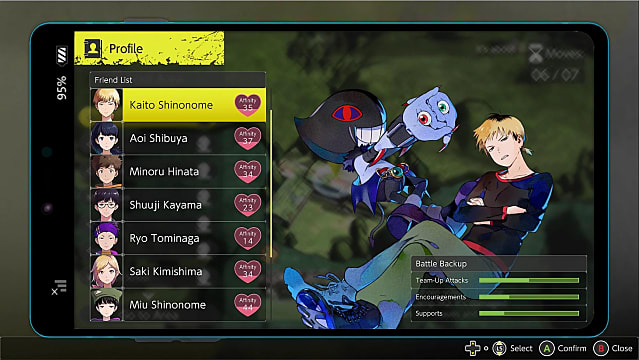 It's always better to have at least two units together in a battle. From attack power buffs, team attacks, item use availability, and being able to physically cover weak sides, it's risky to have Digimon leave formation and go out on their own.

There is some friction to this strategy since movement is limited on some units. It's usually better to defend for a turn and have enemies come to you than split up your party. Also, keep in mind that Affinity, which is how much a character likes the player character, affects how much their Digimon will help during combat. The amount is visually represented on that character's profile page. 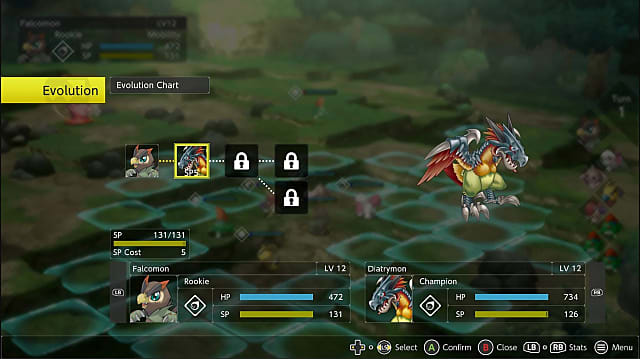 There are two elements in Survive's combat that grant your units time-limited buffs: Evolving and Talking. But both can be used at the wrong times. Evolutions use a flat amount of SP, the resource consumed by skills, per turn. It's possible to waste it if the evolved unit isn't in range of the enemy to do anything. Doing so means you could be left open to attack.

Story characters can cheer on other story characters and grant those Digimon buffs. Minoru will allow Digimon to travel farther, while Takuma can raise all of a Digimon's stats. These buffs do run out after a bit; like evolutions, if that character isn't in range to make good use of its turn, it's best to wait until they can before using the Talk ability. 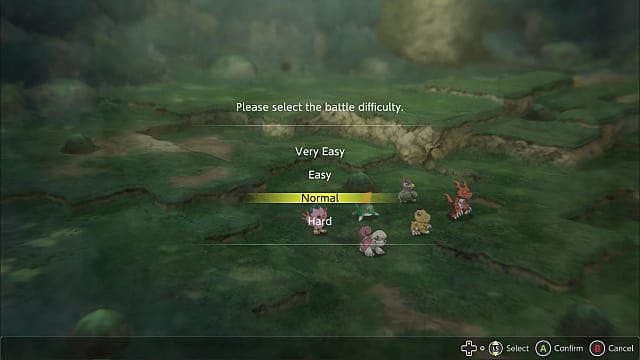 This one is more of a last resort than the other tips and tricks in this Digimon Survive guide. If you're really beating your head against a wall and just want to move on with the story, turn down the difficulty. Digimon Survive is a story-based game. No one is going to judge you because you want to finish the story. Pressing X on the win condition explanation screen will allow you to turn that battle's difficulty up or down.