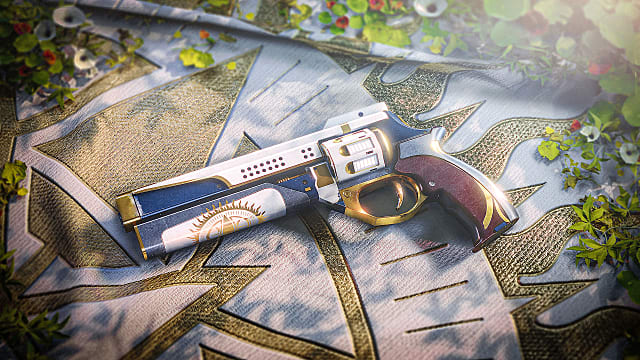 Add a god roll Something New Hand Cannon to your arsenal in this guide to Destiny 2's Solstice of Heroes 2022.
by John Schutt

The newest Hand Cannon in an ocean of them, the Something New Hand Cannon, introduced in Destiny 2's Solstice of Heroes 2022, is an odd duck. It's not perfectly suited for either PvE or PvP, with a perk pool that benefits neither but is technically sound for both, especially with the right god roll.

There are better options if you want a weapon to focus on one playstyle or the other, but a well-rolled Something New is a perfectly usable option if you don't want to change builds between Crucible and other activities.

There's nothing spectacular about the Something New Hand Cannon. Its possible rolls don't make it excellent at anything, but they're all functional. Depending on what you plan to use it for, there are better perk combinations for PvE and PvP; as stated, the best can be used regardless of where you're fighting.

The Solstice of Heroes 2022's newest addition to the Destiny 2 loot pool doesn't do much to impress, as there are much better choices if you want a weapon that focuses on PvE or PvP specifically. The Something New Hand Cannon is still a good catch-all option if you don't have the likes of Fatebringer or Austringer, however. We've covered other Solstice topics in our Destiny 2 guides hub, including Candescnet Armor and Silver Leaves, so head there next.