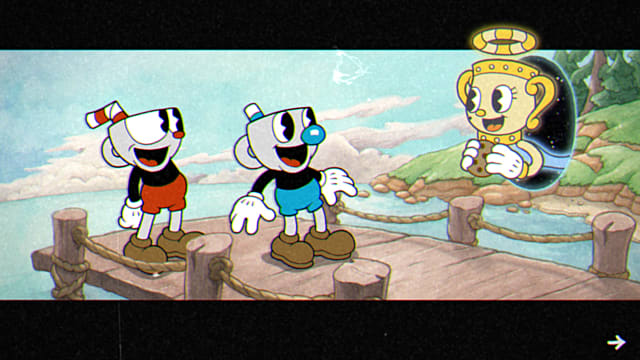 The Delicious Last Course? More like Decadent Dessert, as every single bite through this Cuphead DLC is as rich as it is satisfying.
by Ashley Shankle

Cuphead has a reputation for more than just its style. It's also a quite difficult run and gun platformer with a host of memorably devious bosses. Cuphead: The Delicious Last Course DLC further expands on the formula in the base game, but with even more dynamic and wacky bosses and the new adorable Ms. Chalice as a playable character.

After completing the first Mausoleum and freeing Ms. Chalice, you can embark to the fourth Inkwell Isle to take on a special task: freeing her from the astral plane, provided you can get the ingredients for the Wondertart. The Wondertart, of course, is made of the finest ingredients held by the island's most fearsome foes. Though what's to come after, you'll have to see for yourself.

Taking on the new bosses in The Delicious Last Course is no laughing matter. Each is hectic,  arguably even more than the base game, and it's not possible to complete the DLC by clearing them on Simple mode. As with the base game, full progression only comes with Regular mode clears — as it should, being that Simple mode omits phases and grants bosses laughably low HP compared to their Regular forms.

One could refer to the host of bosses found in the original Cuphead as a feast for run and gun/platformer fans, while The Delicious Last Course is that final sweet dessert. Isle IV is strangely geographically diverse, with caves, a desert, a snowy region, and mountains, and each area has its own devious opponent to best.

The sheer variety gives it a distinct feeling, and the challenges that await only solidify that impression. From a multi-tiered fight with a bootlegging spider and his cohorts to a mountain giant with a gnome infestation, there's no lack of thematic fights or mechanical variety.

Felling each of The Delicious Last Course's bosses is an absolute treat, in no small part due to the animations and music. The entirety of the DLC is animated just as beautifully as the base game, and the music tracks it brings with each new fight are as catchy and well-suited as can be. 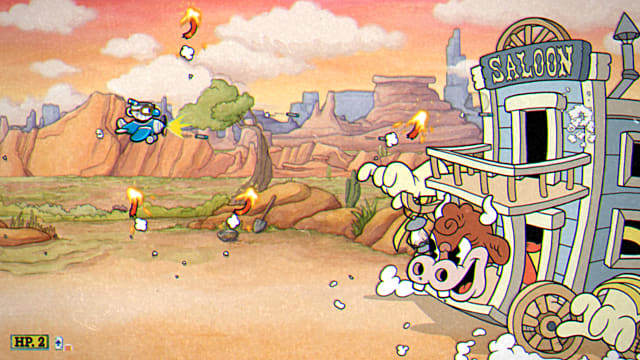 On top of being the cutest of the bunch, Ms. Chalice as a new character brings base gameplay changes from Cuphead and Mugman. Instead of parrying mid-jump, Ms. Chalice parries with her dash. She can also double jump and has an invincible ground roll in her moveset.

Realistically, these new abilities make Ms. Chalice easier to play, but swapping to her takes up your Charm slot. Any boons you may have enjoyed from your favorite Charms are unavailable when playing as her, though the benefits far outweigh the downsides in most cases.

That said, Ms. Chalice does take some getting used to. Her invincibility roll can only be used while crouching, and the parrying dash requires some extra finesse; it doesn't grant any invincibility frames itself. The double jump serves as the icing on top, however; as it allows for some extra maneuvering wriggle room when things get hectic.

Some of these, particularly the second one with the horse knight, seem to be developed with her in mind, and they really put you to work even with her enhanced moveset. Though you can certainly complete the primary stages of The Delicious Last Course using good ol' Cuphead and Mugman. 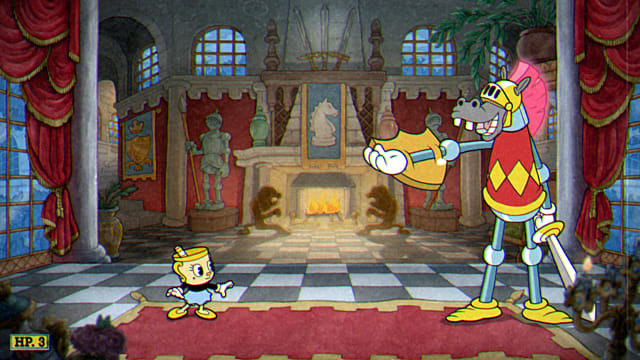 The Delicious Last Course is just about everything a fan of Cuphead could have asked for, with bosses just as and even more zany than those found in the base game. Impeccably presented, amazing to play, and even more flexible with the introduction of the ambitious Ms. Chalice, there is little reason to skip out on this expansion to what was already a stellar action platformer.

If you enjoyed and finished Cuphead, even as a less confident player, there's so much to love in The Delicious Last Course that it is impossible to not recommend. Its hardest segments are thrilling to push through and complete, and the surprises around every boss bend are consistently charming. It's not the longest DLC out there, but it's just right.

[Note: Studio MDHR provided the copy of Cuphead: The Delicious Last Course used for this review.]

Our Rating
10
The Delicious Last Course? More like Decadent Dessert, as every single bite through this Cuphead DLC is as rich as it is satisfying.
Reviewed On: PC
What Our Ratings Mean

Ashley is pretty lost in most things, but not the FFXIV smol life. Oh yeah, there's someone impersonating me. Trust me: I didn't email you.