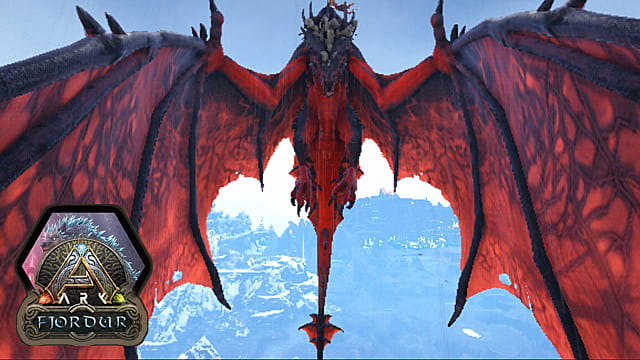 ARK Fjordur: How to Find and Defeat the Dragon Boss

The Dragon boss is one of the most formidable enemies in ARK: Fjordur DLC. Our guide will help you find and defeat it.
by Sergey_3847

Alpha Dragon, or the Dragon boss, is one of the most formidable enemies in ARK: Fjordur DLC. Aside from being immensely powerful himself, he can summon other strong dinos to assist him. This battle is no joke, even if you come well prepared.

Our guide will provide you with tips on how to find and defeat Dragon boss in ARK: Fjordur. You will learn about all the alternative routes to his terminal, and the best strategy on how to take him down.

How to Find Dragon Boss in ARK: Fjordur 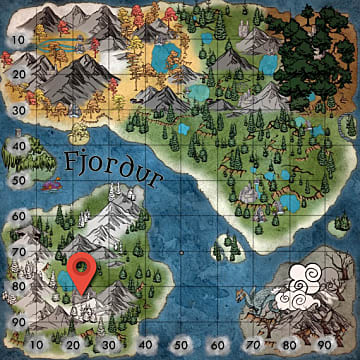 The Dragon boss terminal can be found inside a cave that actually has two entrances. The main one is shown on the map above with the corresponding coordinates. You can easily spot it by the two giant dwarven statues in front of it.

But if you want to take a slightly shorter route through the cave, then you can find a hidden entrance at coordinates 86.30 - 05.00. Both ways will lead you to the same result, so it's up to you.

There are many opportunities for players in this cave in terms of loot and valuable resources, so the first entrance is recommended if you've got the time to get it all.

But if you want nothing else but reach the Dragon boss terminal as soon as possible, then go to coordinates 83.90 - 08.20 for the exact spot of the summoning terminal.

In order to summon this Alpha Dragon you need to craft the engram at the terminal, which has the following crafting requirements:

How to Defeat Dragon Boss in ARK: Fjordur

Dragon boss is not only tougher than the Broodmother, but he also brings along two other types of dinos, such as Pteranodons and Dimorphodon. That's why you need to bring a versatile group of mounts to be able to withstand all this power.

Here is a list of the best mounts that you can bring to the fight against Alpha Dragon:

If you can't bring them all, then be sure to bring at least one type of flying dinos as they will be especially useful against Dragon's Pteranodons.

The Alpha Dragon is a dangerous foe, so don't even attempt to take it down with melee weapons. Bring nothing less than powerful firearms of Masterclass or Trasncendant level.

Follow these tips if you want to defeat Dragon boss in Fjordur:

Before you decide to take on the Dragon, first deal with his summons, and then focus on the boss. Make him chase you around the arena, until he gets stuck due to his large size, and then use all your DPS dinos to maximize damage.

Don't forget to bring Wyvern Milk to the fight, which will protect you from all the burns inflicted by the Dragon.

After a long and hard battle against this boss you will get the following rewards:

That's everything you need to know on how to find and defeat Dragon boss in ARK: Fjordur. Fore more, head over to our ARK: Survival Evolved tips and tricks hub.