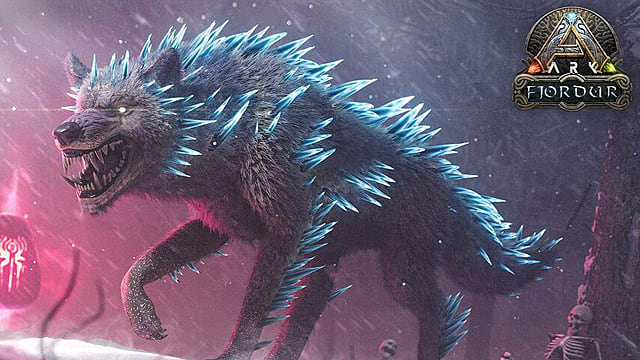 ARK Fjordur: How to Find and Defeat Fenrisulfr

Fenrisulfr boss has the best rewards in ARK: Fjordur DLC. Our guide will help you find and defeat it.
by Sergey_3847

There are a bunch of strong bosses in ARK: Fjordur, but not all of them give a cool mount. The new Fenrisulfr boss drops a Cryopod containing a Fenrir you ca use as a mount. This boss is not only hard to find but also to beat.

Follow our guide below, if you wish to know how to find and defeat Fenrisulfr in ARK: Fjordur.

How to Find Fenrisulfr in ARK: Fjordur 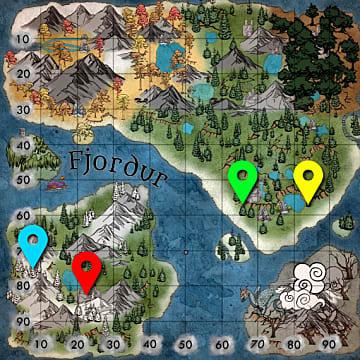 Fenrisulfr can be summoned at one of the three Obelisks. The blue one is located at coordinates 74.40 - 07.90 (indicated by the blue marker on the map above).

But in order to summon the boss you need to offer three boss trophies, including:

In order to obtain all three trophies you must first defeat the three bosses.

The summoning terminal for Megapithecus can be found inside the cave indicated by the yellow marker on the map above.

The boss can be summoned after crafting his engram at the terminal, which requires the following materials:

Megapithecus is the weakest of the three bosses, who can be easily defeated using the following mounts:

Once defeated Megapithecus will drop the following items:

Broodmother can be found inside the cave indicated by the green marker on the map above.

You can find more information about her location, as well as tips on how to defeat her in our Broodmother guide.

The Dragon boss can be found inside the cave indicated by the red marker on the map above.

You can find more information about his location, as well as tips on how to defeat him in our Dragon Boss guide.

How to Defeat Fenrisulfr in ARK: Fjordur

Although Fenrisulfr is the strongest boss of all in Fjordur, taking into account that the Alpha version has 1.2 million HP, it doesn't require players to bring too many mounts to this fight. All you need is to bring the right ones, including:

Bring as many of these mounts as you can, the more the better. But focus mostly on Deinonychus and the Rexes.

The battle takes place on a rather cold arena, where the temperature drops below 30 degrees, so equip Fur armor or something to withstand the freezing environment.

Fenrisulfr requires a very strict strategy, or he will overpower you with his strength. Follow these general tips:

During this fight you must focus on keeping distance from an attacking Fenrisulfr, but you need to push the advantage once he retreats for a moment.

This boss is highly fast and mobile, so send all your Rexes at Fenrisulfr and make them surround the boss. This will block his movements, so you can start pasting him with your firearms much more effectively.

Rinse and repeat this strategy until you deplete his enormous HP pool, and Fenrisulfr will be finally defeated.

Once Fenrisulfr drops dead, you can pick up the following items:

Note that the Cryopod contains a Fenrir creature, which is a unique mount in ARK: Fjordur. The highest possible level of Fenrir is 225, which can be obtained after defeating the Alpha Fenrisulfr.

That's everything you need to know on how to find and defeat Fenrisulfr in ARK: Fjordur. Fore more, head over to our ARK: Survival Evolved tips and tricks hub.